Have you ever seen an advertisement that produced a response like “What were they thinking?”

There are many reasons why a marketing campaign may not deliver, so identifying them may actually help you come up with a better solution for the next (successful!) one.

Sooner or later, every marketer has that foot-in-mouth moment when the inspiration just isn’t there but the campaign needs to be ready as soon as possible. In these situations, marketers often make decisions that they would not have made if it weren't for that tight deadline.

In this article, we will review ten ways in which a marketing campaign can go wrong to learn from mistakes of others! These are common mistakes made by marketers who launched the campaign without proper consideration of the materials. 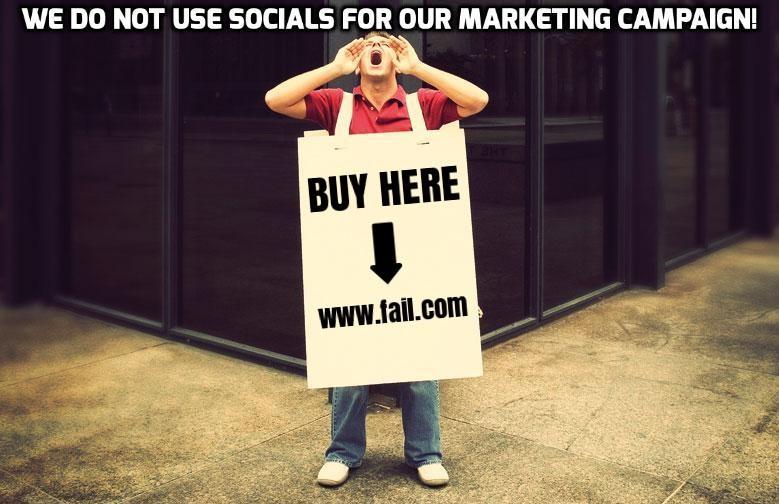 As strange as it sounds, only 45% of marketers in 2015 thought that their Facebook efforts were effective. Well, not using social media in your marketing campaign today can be a failure because 79% of adults on the Internet use Facebook, says Pew Research Center.

These and many other opportunities can provide an advantage to any marketing effort. Social media is no longer for purely social reasons, so do not hesitate to use these platforms in your marketing.

Related Content: 10 Ways to Measure Social Media Engagement (Plus 7 Tools to Track It!)

#2: Not Coordinating Campaigns Across Channels

According to one recent survey, two-thirds of marketing executives claimed that their companies failed to coordinate their campaigns across all channels. Only 33% of them said that their multichannel companies were properly coordinated.

This is huge. A failure to coordinate the effort on the web, via mobile devices, and in physical stores is a critical mistake that can easily kill a marketing campaign. For example, if the channels don’t share the same goals or lack central ownership, viewers of the campaign get confused.

On the other hand, according to a 2014 SAP multi-country survey, using multiple channels and coordinating them may:

For most companies, proper coordination is essential because they need to engage customers using various channels. Why? Because you'll find different demographics on the different platforms. 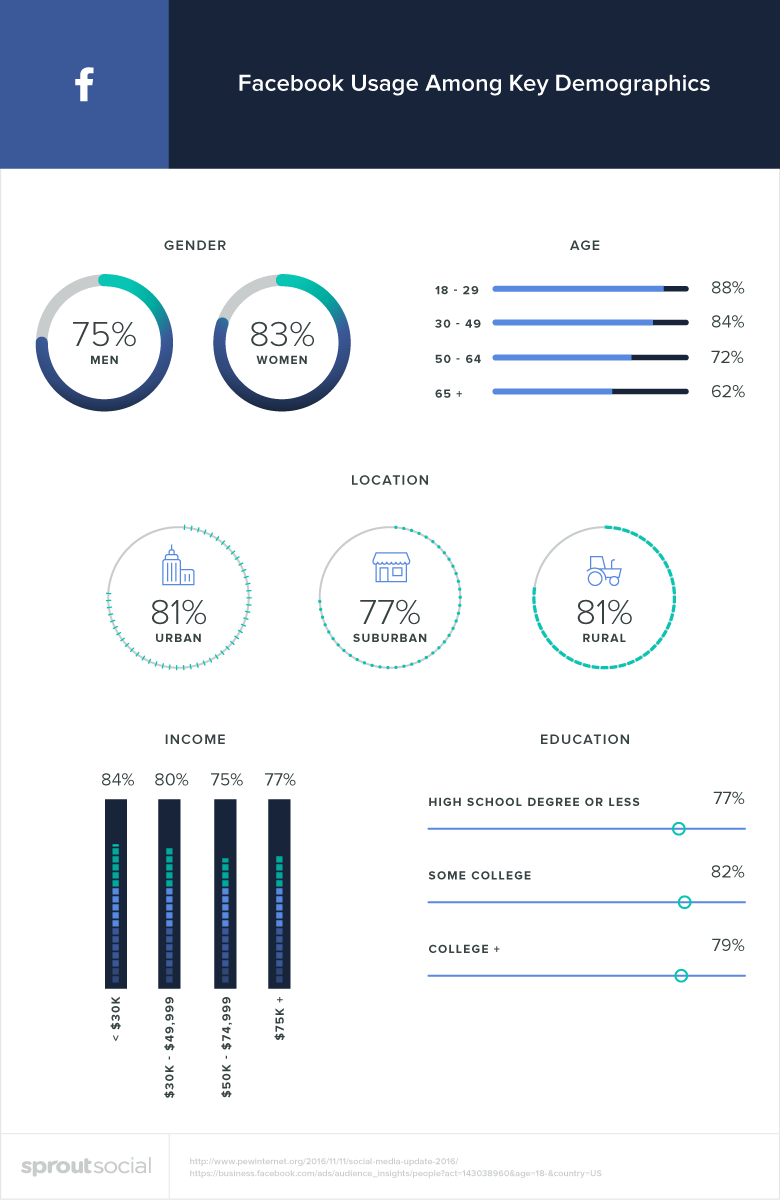 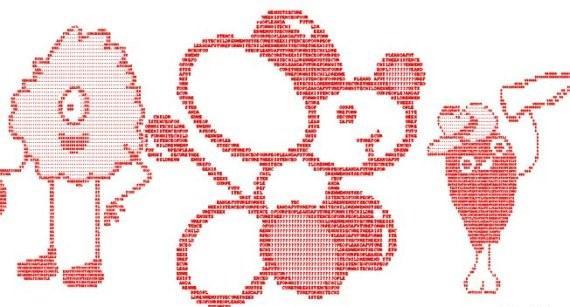 The visual component of marketing campaigns is critical to success because we are all visual beings. Graphics help us increase comprehension and retention as well as engage the imagination. According to HubSpot:

As a result, visual content is becoming much more prioritized in 2017, so ensuring that the quality of this component is professional is a must.

No one wants to have poor-quality images in their marketing campaign that look like a kindergartner made them because they won’t help with generating new leads. Remember, visuals are usually the first impression, so make a good one!

#4: Not Having a Clear Campaign Message

Marketing campaigns are often initiated with the product in mind, but the focus should also be on the customer. If the marketer is too focused on the product, the campaign message (that should persuade people to take action) will likely be unclear. Remember, emphasize the benefits, not the features.

Thousands of marketing campaigns have failed because of this reason. Let’s review a recent one with a misunderstood message. In 2014, Malaysia Airlines used “My Ultimate Bucket List” as the message of their campaign which, unfortunately, came after two airplane disasters that left 537 people dead.

As you can see from the dictionary definition above, a bucket list refers to things that people want to do before dying.

By asking the customers to name their bucket list destination, the company completely missed that connection with death! The viewers of the campaign therefore understood the idea differently and many of them were quick to call the airlines and give them a piece of their mind. Getting back those customers is difficult because it takes 12 positive experiences to undo the damage of one unresolved negative experience!

As a result, the company issued an apology and the message of the campaign was changed to “Win an iPad or Malaysia Airlines flight to Malaysia.”

Outdoor advertising is still a great way to attract customers: 24% of people reported that they were motivated to visit a store the same day that they saw an outdoor advertisement.

One of the most prominent paid marketing campaign fails related to insufficient research is the AMC network’s Mad Men billboards. The company used New York City’s tall buildings and subways to promote the premiere of the new season in 2012. While the subways may have been okay, the buildings were not because they showed the silhouette of a falling man. 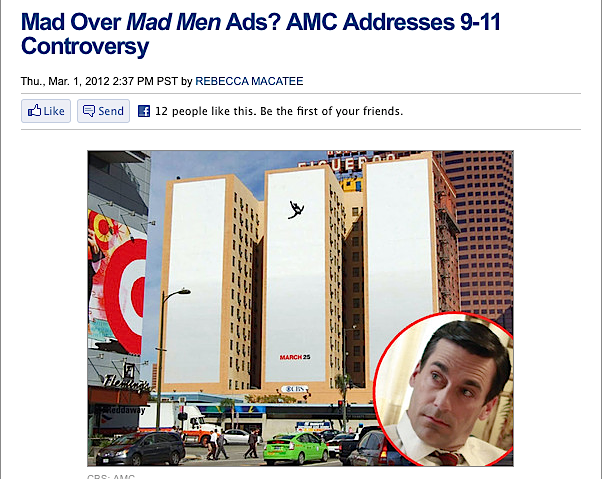 AMC certainly did not research the campaign well enough or they would've realized that New Yorkers would not appreciate the image of a man falling from a building because of the memory of the tragic events of 9/11. The billboards therefore were criticized by many people and labeled as “disturbing.”

So, if you are planning to launch a campaign, research everything as best as you can to avoid such disasters.

Studies have shown that using celebrities in marketing gives consumers better recall of products and, on average, signing a celebrity increases sales by at least 4%. Of course, that depends on the age group, resonating more strongly the younger the generation. 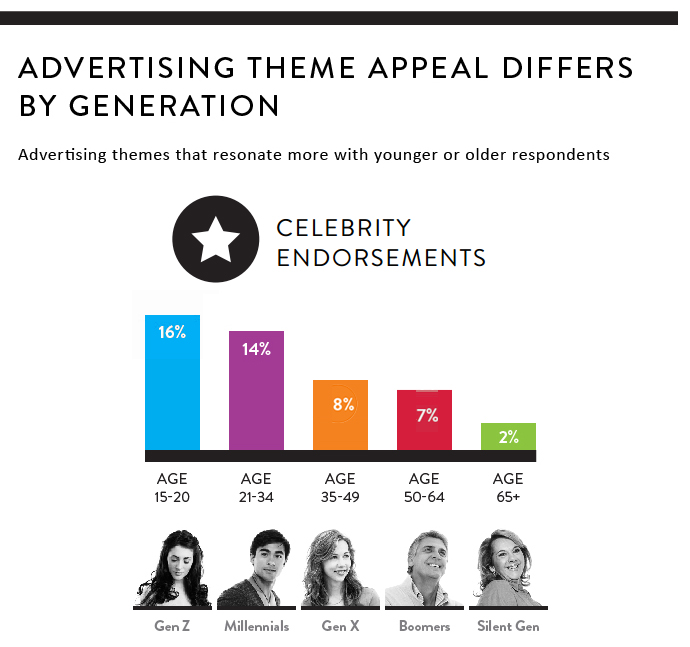 There are some things to watch for, however. Do you remember a recent marketing campaign launched by Microsoft for its new tablet, Surface, in which they used Oprah's endorsement?

Then you must certainly remember her famous fail. The former talk show queen was hired by the company to promote its Surface tablet and she did a good job until that one tweet where she wrote that she bought 12 of them as Christmas gifts for her loved ones. 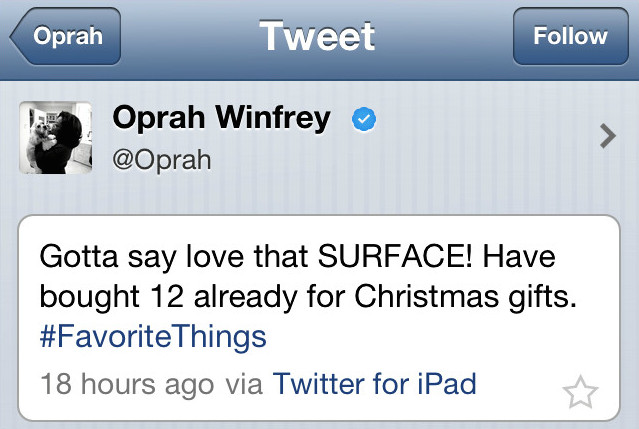 That’s a good tweet, but she forgot that she used an iPad, a fierce competitor of Surface, to post it on Twitter! Of course, everyone jumped on it to point out the mistake and the campaign lost its focus and effectiveness. The lesson here is that celebrities can be powerful for marketing—but just keep an eye on their social media messages!

#7: Not Launching with any Goals

Have you heard about marketing campaigns that were not a failure in the sense that they offended the viewers, but rather did not produce any impact at all? Nesquik’s “National Bunny Ears Day” is certainly one of them. The company launched a social media campaign that encouraged people to use a special app that added cute bunny ears to their photos. 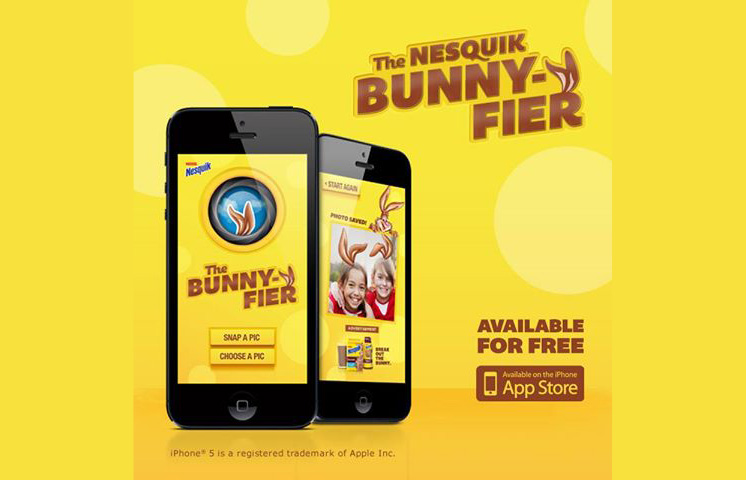 That might have been a good idea, but the campaign was a failure because it did not have any specific goals. As a result, people just had fun with the app but without a call to action, there was nothing for them to do. The campaign produced only two posts on Instagram and nine mentions on Twitter.

To avoid making this mistake, carefully consider your goals before launching your marketing campaign and try to align it with something meaningful and actionable for customers.

Related Content: How to Set Up Goals and Funnels in Google Analytics

#8: Not Scaling the Campaign

Let’s suppose that you launched a great campaign which brought in some leads. But then you realize that you've spent much more than you've earned, yet you don’t want to kill the campaign because it just started. The reason for this might be simple: you did not scale up. 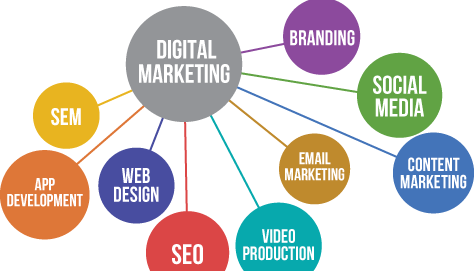 Given that conversion rates decrease and costs increase with time, marketers need to scale up to return to profitability. If you had a campaign fail, you simply might not have determined which ads were working well and which ones weren't worth the investment. By doing this, you'll maximize the results and produce the expected outcomes.

Scaling up is done through the use of big data (large amounts of data sets that are analyzed to discover patterns, trends and associations), which allows you to find which keywords are working better and leverage the info to scale your campaign and potentially generate 3x the traffic.

Clearly, budgeting is vital for the success of any marketing campaign. A CMO survey by the American Marketing Association, for example, showed that companies spend an average of 7.5% of their revenue on marketing.

However, many companies commit to a smaller budget than what's realistically needed because of financial considerations. That’s where they start to fail because there is nothing that holds back a marketing campaign like an anemic budget. 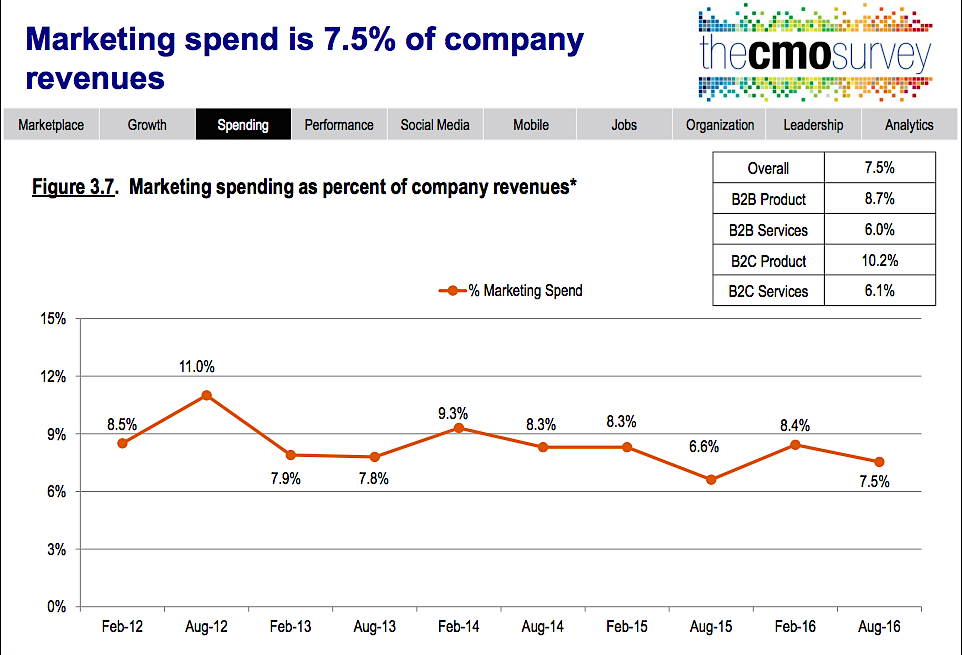 If the campaign has limited funding, marketers are faced with the task of pulling off a big job with little money. A great marketing campaign includes many tactics and tools that need adequate investment, and will likely fail if the money is not there.

As Plautus once said back in 184 BC: You must spend money to make money. Click To Tweet

One of the biggest mistakes that marketers make is not tracking the marketing campaign. With proper metrics, things can quickly turn ugly because the absence of measurement means a lack of success analysis.

Remember how we mentioned the importance of launching with specific goals in mind? Having goals will allow you to evaluate whether the campaign is successful in hitting all your pre-determined milestones. 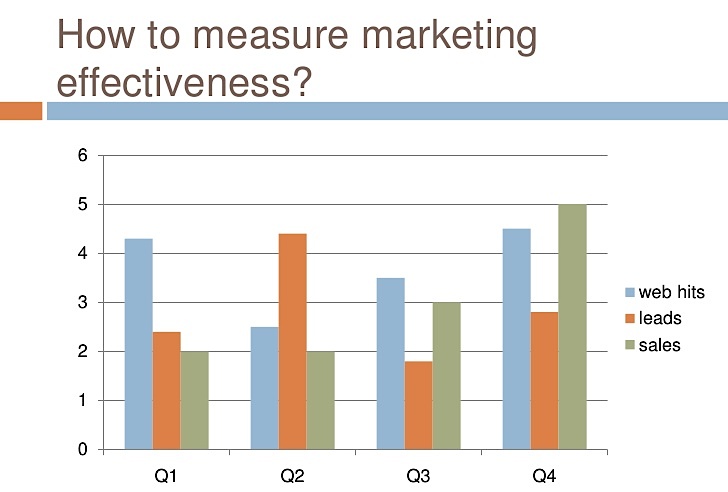 For example, you can track email open rates, social media engagement, referrals, keywords and other areas of the campaign that you consider important to achieving the main purpose. Eventually, you will realize that this is what makes marketing a true science!

Google Analytics is a great tool for tracking and measuring a campaign’s specific goals, and it's free. It’s definitely a “must-have” if you want to measure data instead of guessing. You can easily create reports on referral traffic and make decisions to improve the campaign.

A failed marketing campaign is not necessarily the end of a business, but it can provide a lot of problems, including damaged reputation, wasted investment and loss of customer trust and loyalty. To ensure that these outcomes are avoided, be the smartest marketer you can and avoid the 10 most common mistakes that we described in this article. 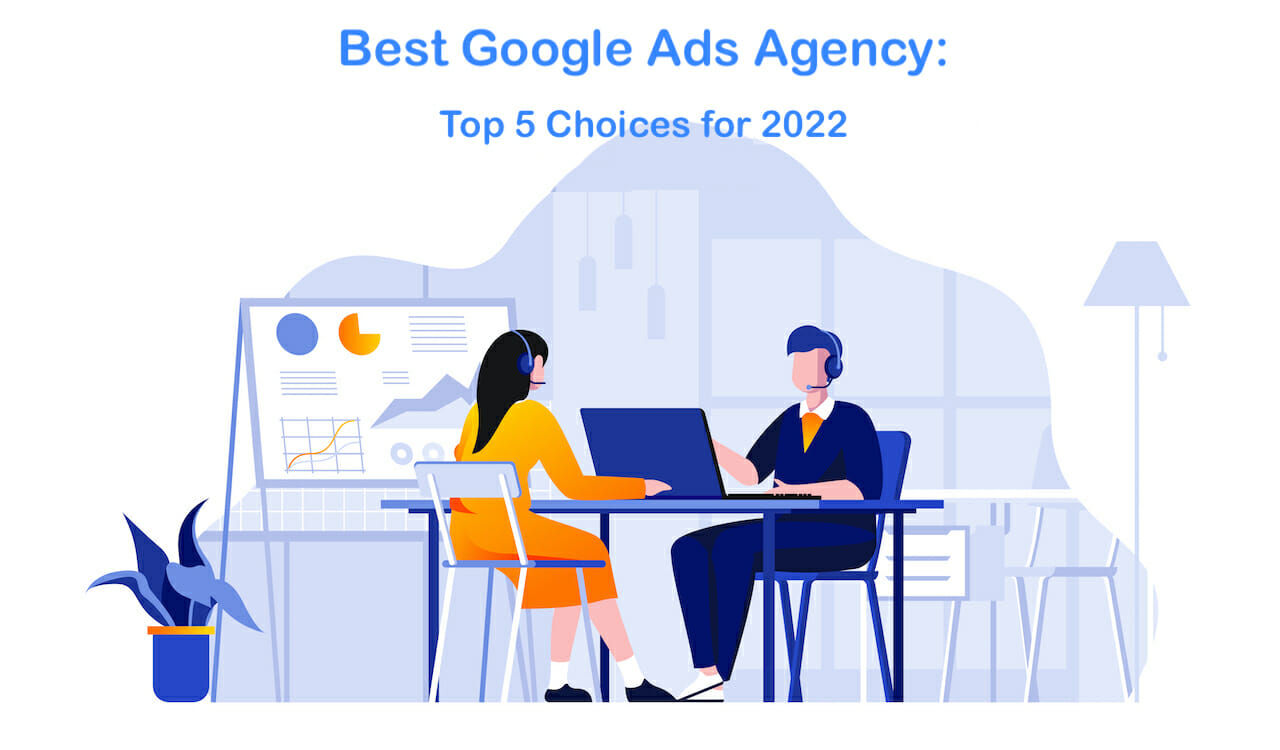